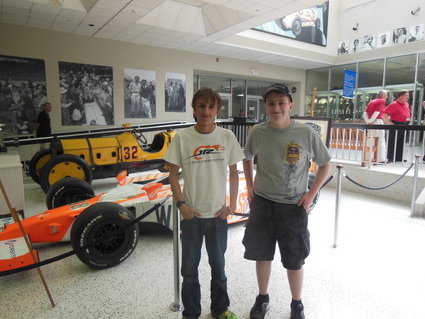 Growing up in a small town in New Jersey and a self proclaimed "Kid From Brooklyn", Robby has been providing his fans with quality die-cast reviews and amusing stories of his life misfortunes for about five years now. For as long as he can remember, Robby has always been interested in racing. From rolling toys cars on his grandparent's kitchen table to broadcasting IRA races, Robby always had a love for his sport. His current favorite NASCAR driver is Kyle Larson but will never forget the days that he rooted for Rusty Wallace's Blue Deuce.


Robby is also an advocate against cyber bullying. He believes that everybody on his channel deserves fair and equal treatment and will not tolerate any form of harassment towards another subscriber and friend. His channel is a "Safe Zone" YouTube channel, which means any user that subscribes to his account is safe from harassment or discrimination. Robby would like to thank all of his friends, family, and fellow fans for their continuing support of his channel and he hopes for more thrilling videos in the near future.