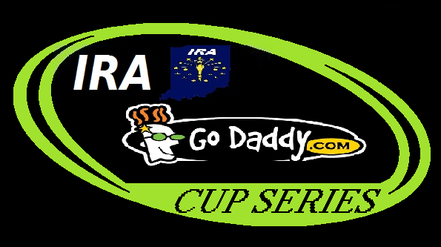 ORINGINALLY used as a diecast releases YouTube page, Bryon LaFlair Jr always wanted to get the opportunity to create his own NR2003 cup series. With a little help from The Indy Racing Association, Bryon's dream finally became a reality. Right from the get-go the GoDaddy.com cup series was a huge hit. From "I saw a car flip" to rotating guest announcers, you never know what to expect from the GoDaddy.com Cup Series. Commercials of raceday2011's rants and other IRA leagues are always something to look forward to each race. Browse the GoDaddy.com Cup Series web page for more details of driver bios, schedules, and up-to-date point standings 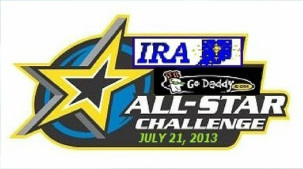 16 drivers from the IRA GoDaddy.com Cup Series will enter in an event located in Charlotte Motor Speedway, where they will compete for a chance to earn 21 points (half as much as a winner earns during each race)

The 16 drivers are selected by:

- 12 drivers inside the Top 12 for the Championship Rounds after Race 10 (Talladega)
- 3 drivers finishing 1st, 2nd, and 3rd in the Showdown.
- 1 driver will be selected by the IRA Fan Vote Results (Drivers who are not in the Top 12 in standings or did not finish in the top 3 spots in the Showdown are eligible in this vote) 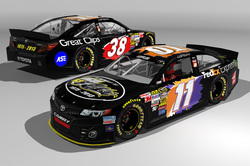 In honor of Jason Leffler, Robby Noonan will be driving a tribute scheme for Leffler's loss and to honor him as a legendary driver. This scheme feature Leffler's numbers and sponsors from all three NASCAR circuits including his Sprint car number. Catch this wonderful tribute scheme and more at Richmond for the GoDaddy.com Cup Series :)  #LEFturn